Probably you have heard SSD or HDD and wondered what they are and which is the one to go with. So let’s compare them! For this comparison we have taken 2 Storage units: a Mediamax WL250GLSA854G 250 GB HDD and a SanDisk SSD Plus 240 GB, both retrieved from a major online retailer in Europe.

Side by side comparison 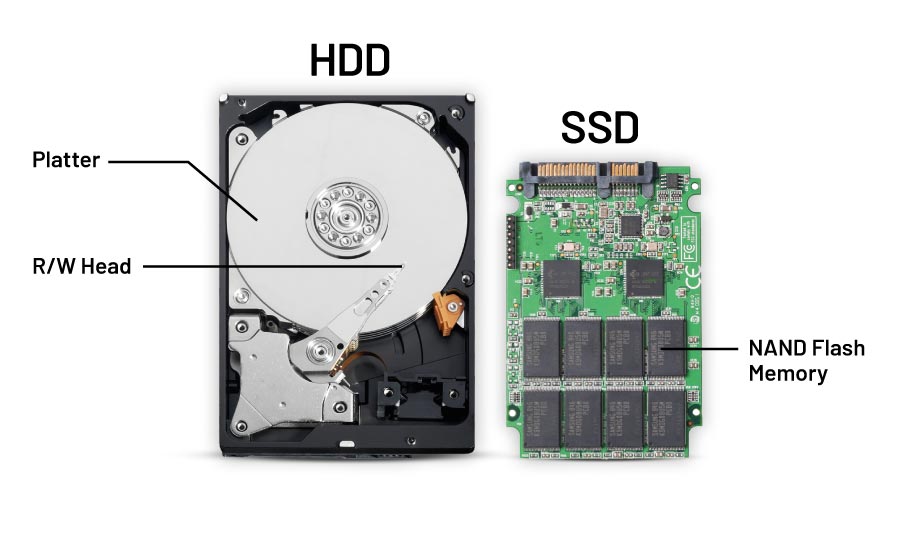 Name:
HDD: Hard Disk Drive
SSD: Solid State Disk (Disk being an inappropriate term since technically, it does not have a disk)

Speed:
When it comes to speed, the comparison is not easy given the fact that we have to consider many factors, such as Access time or different I/O Operations Read and Write speeds, but in average any SSD would be at least 5 times faster than HDD.

Reliability:
When it comes to reliability, the factor to take in consideration is the failure rate. With SSD having a failure rate of 0,5% and HDD 2-5%, this is mostly due to the SSD components being more resistant.

Durability:
This is perhaps one of the few aspects where HDD would win (the other one being the price). Generally talking SSD drives have a shorter lifespan than that of HDDs.

So which one is better for you? It all depends of what you use it for. If you use it for data storage, it is more recommended to use HDD due to its durability. However in the hosting industry speed is most important, as many visitors leave the website when it takes longer than 3 seconds to load. So SSD is the clear winner when it comes to hosting websites.

In Graphis, we understand the importance of speed, durability and reliability of your data, that’s why we deploy different levels of RAID on our SSD servers. Additionally, all our SSD servers are being backed up on HDD servers regularly, and this is why we can guarantee speed and integrity of your valuable information in a very unlikely event that more than 3 drives go bad at the very same time.